Dry powder inhalers (DPI) offer many advantages to the respiratory administration. They show a targeted effect (they do not diffuse towards inappropriate sites in the body), they attain higher concentrations in the lungs resulting in a considerable reduced drug dose. Moreover, this administration is faster than the other one’s.

In DPI, the quantities of drug delivery depend on the device design, the patient inhalation manipulating and also from the carriers (excipient). These lasts play an important role in the administration of the drugs.

In order to check the evolution of flow properties of the blends with ageing, a new instrument was used: GranuPaQ. It allows the recording of a compaction curve. A powder sample is put in a tube which is submitted to a series of identical stress (taps). Before measuring, an initialization procedure is made in order to avoid any bias. During the stress procedure, the volume fraction of the powder is tracked in order to estimate the relevant information: a dimensionless flowability index is obtained ranging typically from 3 (high flowability) to 30 (low flowability). The Hausner ratio can be also calculated by using the recorded data.

Figure 1: fine lactose (A) and coarse lactose particles (B) 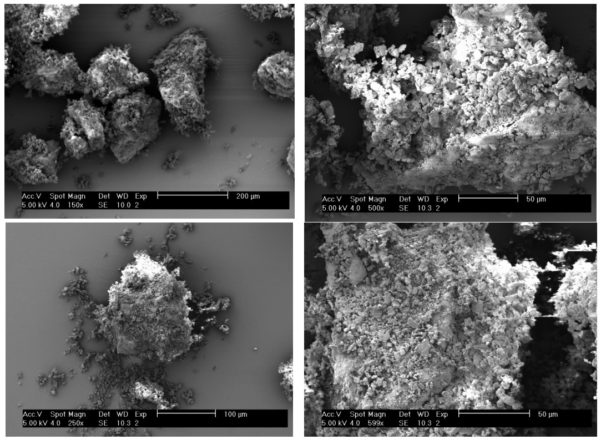 The flowability of the different blends has been studied at different ageing time (0 – 24 – 48 – 72 – 168h) by using GranuPack instrument. Table 1 gives the flowability index and the standard deviation recorded for the different aged powders. The p value calculated from the obtained results for an ageing time varied between 0 and 24 hours are respectively: 0.02 (75) ; 0.03 (80) ; 0.07 (85) and 0.68 (90). By analyzing these results, no significant modification in the flowability behavior can be detected for powder 90/10 unlike for powders 75/25 and 80/20. Figure 3 shows respectively the tap density curves obtained by using GranuPaQ for the 75/25 blend at different ageing time (figure 3A) and for different blends (figure 3B) before ageing.

Table 1: flowability index and the standard deviation recorded for the different aged powders. 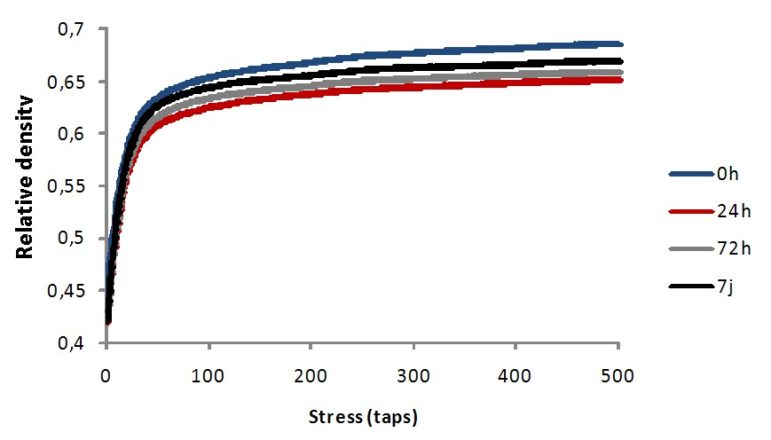 Figure 3A: tap density curves for the 75/25 blend at different ageing time. 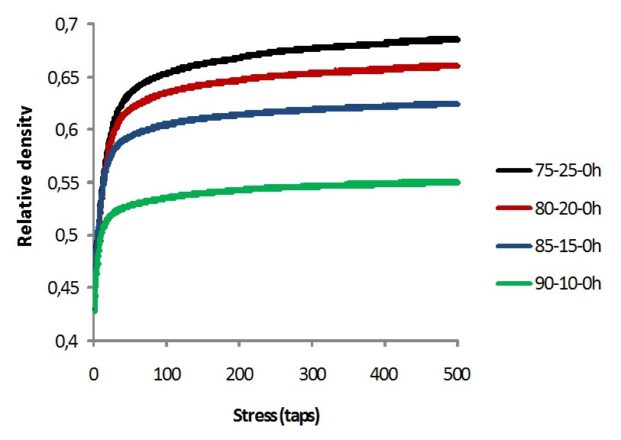 Figure 3B: tap density curves for the different blend compositions before ageing.

The figure 4 shows as the quantity of fine particles in the blend is big as the ageing of the powder (through the flowability index) is highlighted. So, in one hand, the 90/10 powder does not seem to be dependent on the ageing time and, in the other hand, the 75/25 blend is characterized by a significant increase of flowability depending on the ageing time (figure 3B and 4). We can note that this improvement is particularly important during the first 24 hours. This behavior could be due to the modification of the coarse lactose surface caused by the departure of the fine particles during the ageing time. This phenomenon can explain the increase of the final density and the improvement of the flowability of the blends (lower cohesion). The agglomerate of fine particles localized on the surface of coarse particles collapse (Figure 2C) and fine particles fill the space between the coarse particles. This behavior is in good agreement with a previous studies realized by atomic force microscopy[1,2]. This phenomenon could be attributed to the dehydration of the fine particles directly in contact with the coarse lactose surface. 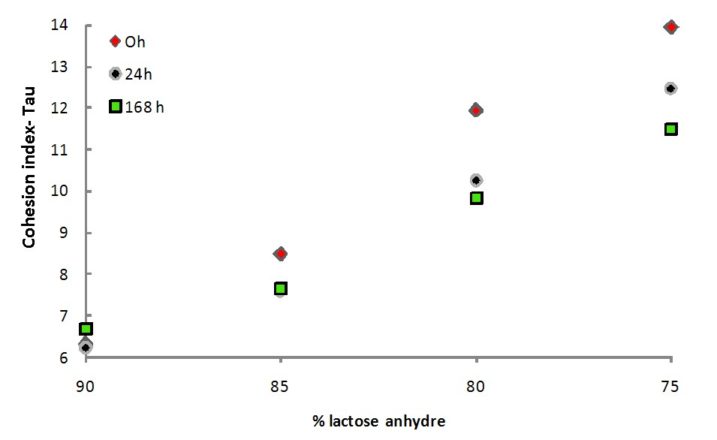 Figure 4: evolution of the flowability index for the studied blends at different ageing time.