The Grande Région is a European Group of co-operation gathering territorial divisions coming from four countries of Rhenish Europe. There are the Grand Duchy of Luxembourg, Länder of the Rhineland-Palatinat and the Saar (Germany), the Walloon region, the French Community and the German-speaking Community (Belgium) as well as the Lorraine (France). This territorial area is located between the Rhine, the Moselle, the Saar and the Meuse. The purpose of the Grande Région is to improve the political and economic co-operation and the partnerships between the various actors.

Thus, the SPI (Provincial Company of Industrialization), economic development agency of the province of Liege, and its partners, conscious of the economic potential that the application of new materials represents, organized in Liege the national forum METAMORPHOSE to favour the meeting between the “creators” and the “users” of new materials.

In this optics, APTIS showed there its new range of instruments (GranuHeaP, GranuDruM and GranuPaQ) to its closer users. 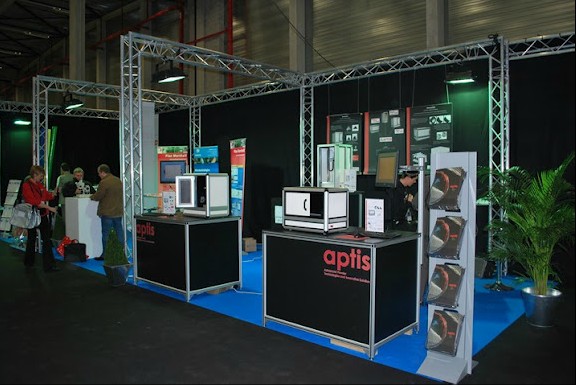